PR vs Advertising. A Complete Guide to Understand. 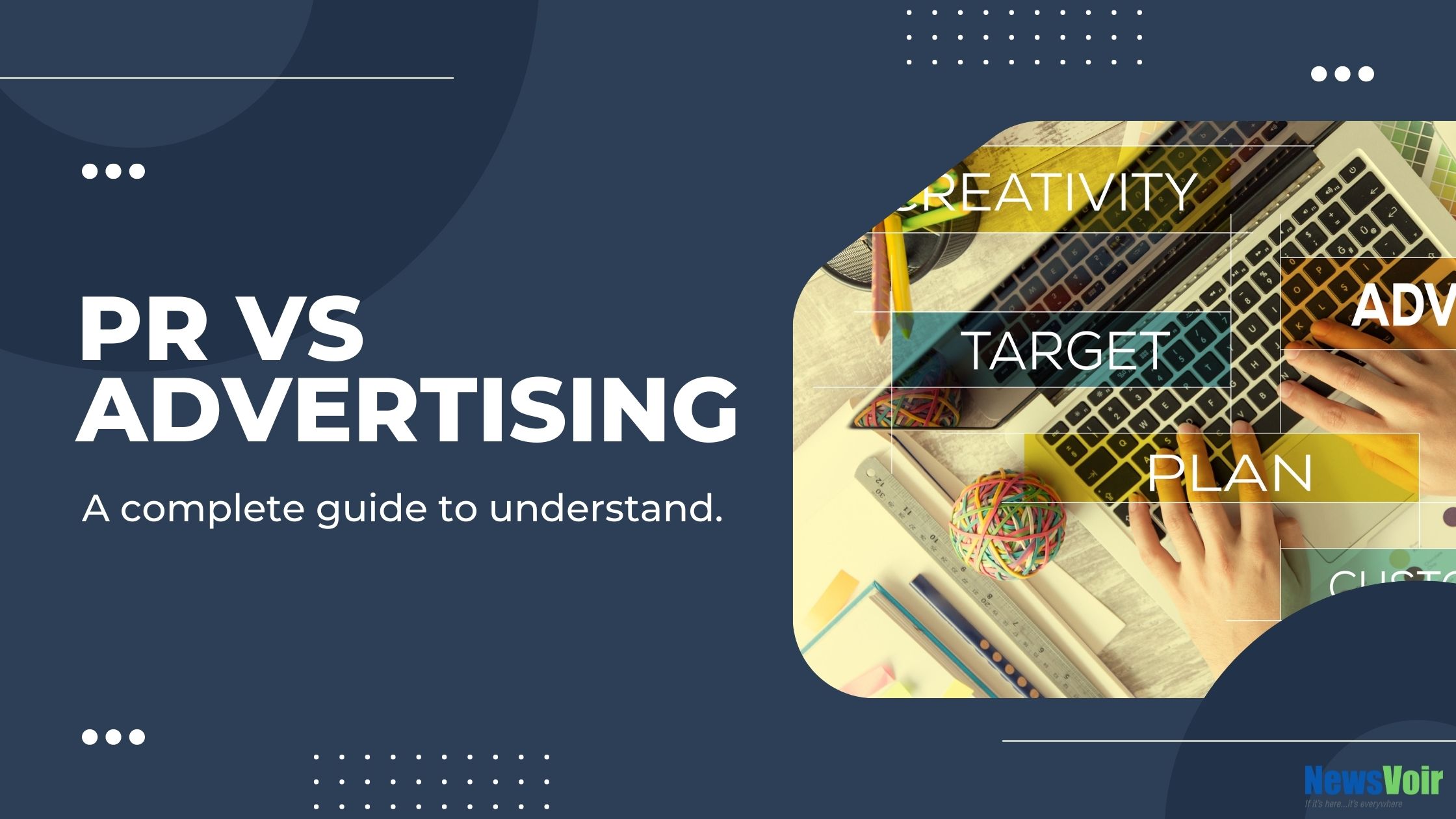 It is an age-old saying that differentiates between Advertising and Public Relations.

Creating and implementing sponsored messages designed to publicly promote or sell a product, service, or idea.

PR is the activity that supports releasing and spreading information about your company to the media and general public.

Advertising and public relations are often confused to mean roughly the same and the major reason behind this misconception is their common goal, which is to improve the brand’s visibility, usually with a goal of increasing sales or other tangible benefits. In a corporate setting, we often find advertisers and PR professionals working alongside each other in the marketing department.

Though both advertising and PR can be grouped under an umbrella term – marketing, they are two different disciplines with a common goal and work pretty much in tandem with each other. For example, if you purchase air time on a radio station so that you can talk about your brand for a minute, that’s advertising. On the other hand, if you are invited by that radio station to talk about your brand because of your good relations or the recognition in the industry, that’s public relations. Or say you have to buy an Ad space in a publication, that’s a clear advertisement but on the other hand if you pitch a press release to a news outlet for editorial coverage, that’s public relations.

Advertising vs PR. Which is better?

Advertisement is a paid form of communication where you pay for your message to be circulated among masses whereas PR is an organic form of communication where you develop a plan to feature in the media. That means you have to spend money on the advertisement and the costs depend on the type and size of platform you choose for advertising your brand. While in public relations, you don’t invest money but your time.

In advertising, you have overall control over your message, design and the audience to a large extent because editing or scheduling of your content is possible. While in PR, it is not easy to get desired messages published or having complete control. It depends on the media house or journalists, if they like your pitch and feel that the message will benefit their audiences. An occasional challenge here could be that the message may lose its context if the brand communication is not clear.

Duration of the Coverage

In advertisements, you can keep your message or campaign visible in the media as long as you wish to pay for it. Whereas in public relations, once your message or press release is picked up by the journalist, it is mostly published once – such a coverage may have limited visibility in case of print coverage but may remain indexed for a long period of time if the article is published in the online space.

While you pitch your story to different journalists from multiple publications, your story may get more and more visibility depending upon how many publications have published it.  .

When it comes to audience, both advertising and PR may have similar target audiences. The only difference is how the messages are conveyed in different forms and formats. In advertising, typically the message is short and crisp aided by visuals such as images and videos, for which different forms of media are selected depending upon the demographics, budget and frequency. In Public Relations, the target audience could be wider as compared to advertisements and it is often easier to communicate with the target audience because your message is more elaborate and descriptive.

Advertisements can be a cool way to enhance brand visibility, mindshare and grow sales but it does not necessarily make the brand credible. In contrast, a well written editorial piece from a journalist of repute may lend the brand and it’s offering a great deal of credibility, as it gives audiences a strong reason to believe that the journalist would have undertaken some solid groundwork and research to put the article together.

Expert’s views on PR and Advertising

“The idea is the believability of an article versus an advertisement,” says Michael Levine, a well- known publicist and author of the book, Guerilla P.R. “Depending on how you measure and monitor an article it is between 10 times and 100 times more valuable than an advertisement”

A full-page advertisement from Diane von Furstenburg featuring a wine-colored wrap dress may have less impact on her than if a fashion editor lists the dress as her ‘fall must-have, noting the flattering shape. The idea here is that the editor is a fashionable, industry expert, and as such that editor wields a greater influence on our young professional friend, flipping through the magazine for a dress for her job interview next week.”

How can NewsVoir help you improve your PR?

As a leading news distribution platform, NewsVoir specializes in creating, distributing and measuring the visibility of corporate press releases, financial announcements and multimedia content to media. It acts as an end-to-end service provider with regards to news and content distribution in India.

NewsVoir provides PR and Corporate Communications professionals, PR Agencies, Business Owners, and Digital Marketing Professionals with a trustworthy press distribution platform to simplify their media outreach at reasonable costs. At the same time, the message is distributed to media networks, journalists and social media partners to provide them with high quality, valuable and shareable news.

To get your brand in news with customized brand messages distributed to target media networks specified to your industry niche.